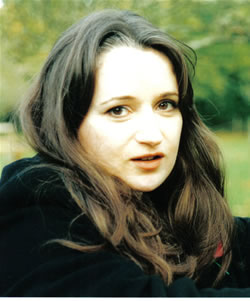 All these articles are concerning the need for socialising our dogs with everything and every one. Try as we may, it is an impossible task to make our dogs totally Bomb Proof for everything. No matter how much we try, we will still have a potential risk.

Also, as dog owners, we do not have the right to demand from everyone that they Love me, Love my dog. Believe it or not some people do not like them at all. They dont like the inconvenience of their existence and the fear of what harm they can do. How often have you met someone who reacts with fear when seeing your totally placid, friendly pet and how have you reacted. Do you deride them for their illogical fear, or do you understand them by walking away or do you attempt to show them that it was only trying to be friendly.

Susan Dayman wrote to me the other day. She told me she had friends visiting that did not like dogs very much. After meeting Rio and seen his antics whilst playing with lucky, they were very impressed how well behaved he was. This is good, yet it is a great responsibility. Imagine if you were to show a child, frightened of dogs, that yours is so friendly and cuddly, how you would feel to learn that the next day the child was attacked approaching another seemingly lovable pet.

As people, we are all different. I would not like anyone to try to make me love their pet Tarantula; no matter how friendly it was, so I do understand such fear.

A few weeks ago, I asked if people would write about their doggy experiences that may help us to improve socialising our pets. I hope you will read this article by Rosie Blake and try to see through someone elses eyes how they perceive our dog ownership.

Toto the Terrorist by Rosie Blake

Irrationally, perhaps, I feel I should have been warned. Someone somehow should have told me in advance so that even if I could not change my plans at short notice, I could at least have packed a tranquilliser gun; - I have recently moved to rural Spain, and I have found it literally full of dogs.

Most people of course would probably wonder why that should be any sort of problem, but the trouble is, I am one of those raras who really, really dont like them. Ever since a deranged German shepherd got hold of me and put me in hospital when I was nine years old, I have tried to keep as far away from them as possible.

Believe me, I have tried and tried to get over it, to shake paws nicely when introduced, to find them amusing when theyre destroying some toy or a new pair of shoes, and (top of the fun list) to laugh heartily when they thrust their snouts between my legs at the door. Sadly, all attempts have failed, and owners are often surprised and hurt at my reaction when their bundle of woofs, snuffles and licks chucks itself at me in greeting. I have lost count of the number of times I have accepted an invitation to someones house, only to be knocked to the ground and literally terrorised by some enormous slobbering canine, whilst its indulgent grinning fool of an owner assures me hes only playing. So few doggy people seem to be able to process the possibility that someone might not be utterly enchanted with their hairy pal, they inevitably try to help. Many have actually suggested I get therapy for my disorder, and I absolutely agree this is an excellent idea. Perhaps, at the same time, I can get lessons on how not to be scared of tigers, or sharks, or alligators, or any other large carnivorous beast with strong jaws and sharp teeth...

Of course, Ive known plenty of perfectly pleasant dogs. Silent cowering whippets are best if I have a choice, and I have even managed to reach a strained understanding with my aunts pedigree poodle  he doesnt launch himself at me, and I dont strangle him. The rest of the time however, I live in daily terror on my particular Costa Blancan Mountain; an otherwise idyllic lump of rock engulfed by frothing pink bougainvillea and heavenly jasmine - dogs are everywhere, and nine times out of ten, theyre running around loose. Theyre either barking incessantly like the two huge German Shepherds (my favourite) on the road above me who seem to spend their entire life on a balcony and go insane in stereo if a leaf so much as blows past them; or theyre rushing out at you on the road, jaws gaping, if you so much as dare to walk past their wretched house.

This has now happened to me twice and with the same dog on both occasions. Each time, as I walked past its house on my way to the village shop, it has catapulted out of its gates and across the road straight at me, barking, snarling, growling, and refusing to let me pass. At least the last time this happened I managed to alert its owner, and yelled in angry Spanish that this was the second time his thug of an animal had gone for me and that there would not be a third. I think he realises Im serious. Hes right - next time I wont ask him to call it to heel; Ill be calling the Guardia.

Just because a dog happens to live in the countryside, it should not be exempt from learning the same manners as a city dog, and neither should it have a pass to roam the streets and lanes as a cheap and lazy form of security for someones villa. Quite frankly, I have found this to be the biggest fly in the Spanish ointment so far. Of course I realise that none of this is the fault of any of the dogs who lunge, and bark, and threaten; - theyre just programmed that way. It is the responsibility of their owners who have chosen to share space with a predator to socialise it. Even I know there are no bad dogs, only lazy owners. However, neither I, nor anyone else should have to run a gauntlet of yapping, snapping family pets as they go about their day.

By the way, please dont think I am some dreadful old misery whos against all pets - once I have found the house of my dreams, I will be applying for a license to keep a cheetah.